Chrissy's at Bayfront - THE spot for Breakfast in Naples

NOTE: CHRISSY'S IS NO LONGER OWNED BY CHRISSY BIANCHI. IT HAS BEEN SOLD TO NEW OWNERS. THE NEW OWNERS HAVE THEIR OWN CHEF AND A DIFFERENT MENU. THIS IS LEFT IN STRICTLY FOR HISTORICAL INTEREST, AND HAS ABSOLUTELY NO REFLECTION ON WHAT YOU MAY EXPERIENCE. 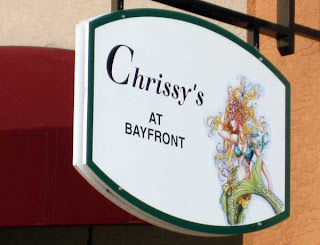 Chrissy’s at Bayfront is the third Chrissy’s in town, and my breakfast favorite, right by Naples Bay’s boats and pelicans. They serve a wonderfully solid breakfast and lunch, daily 7 am to 2:30 pm. 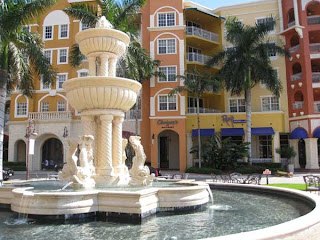 Patio seats are in demand, by both two legged and four legged diners, after 10 am. 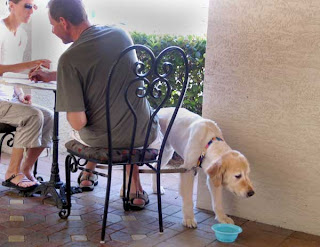 Inside, it has an upscale bistro or wine bar look, 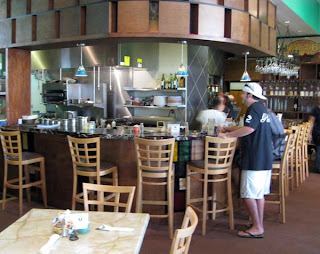 thanks to previous tenant Petit Syrah’s handiwork. Briefly it was Lisbon Nights. Now, as Chrissy’s, it's one of Naples choices for a casual breakfast spot.

I went on a Saturday morning at 10 am, with two friends. We started with frosted mugs of naturally sweet orange juice, freshly squeezed ($3). The coffee is hot and good.

We went for the Crab Benedict (9.25) a good portion with English muffins, topped with crab cakes, poached eggs, sliced tomatoes, spinach, and truly smothered with Hollandaise sauce-deliciously hot, and a “manly” portion. The muffins can get a little soggy in time, so don’t dawdle with your food! 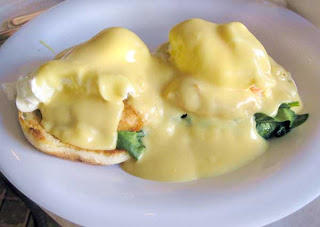 The similarly priced Vegetable Benedict was just as good, with Portobello mushrooms instead of the crab cake. 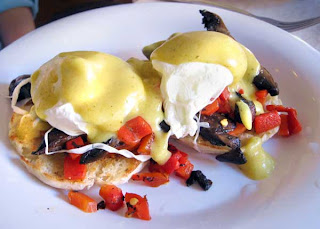 The third platter was the crisp French toast with scrambled eggs. We considered the signature Bananas Foster French toast, with challah bread. Even the side of grits was good, not the cream of wheat- textured stuff that takes 5” to heat and serve. 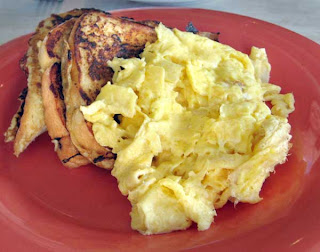 View from Our Patio Table 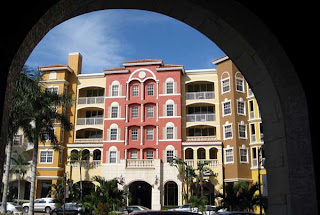 The original Chrissy’s on Radio Road was opened in 1991, and lasted till 2005, when Greg Shapiro bought the spot for Tastebuds of Naples. Greg went mobile with a traveling catering kitchen on wheels, and also helps out at Chardonnay Nouveau. He then put it up for sale. Chrissy Bianchi-Rabil and Fadi Rabil bought it back this year, and re-opened Chrissy’s Radio Road.