Saw Grass Grill, a Home away from Home in Naples' Golden Gate 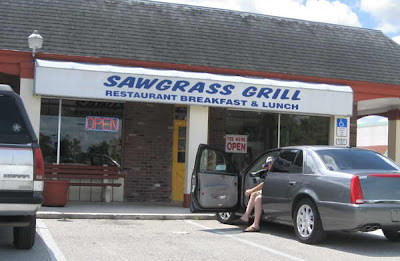 It’s like walking into a time warp, as you enter the Saw Grass (Sawgrass) Grill. Picture sitting down on a town's village green, and neighbors and strangers come over and chat with you. Not sure what to order? Someone may politely ask if you’d like a recommendation.

Blue eyed co-owners Peg Robinson and Sherry Long started it 8 years ago, leaving their hot, outdoor days with their 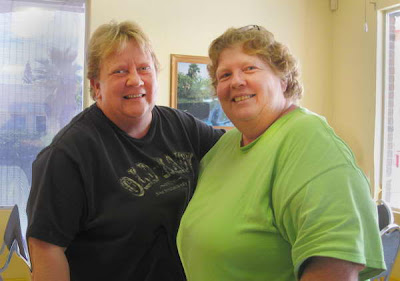 landscaping company behind. They heard the place, Granny’s Hideaway, was for sale, talked to the owner, and 5 weeks later, opened Sawgrass Grill. Neither had even worked in a restaurant before! Some of the regulars helped them along. They spent thousands on advertising the first year, and it brought in one person! After that, word of mouth has kept tables filled, as regulars bring snowbirds friends in for a taste of genuine community caring, and they too become regulars, even if it’s a 15 minute drive for breakfast. 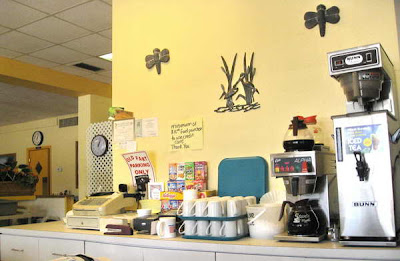 Neighborly is the spirit, and the word here. Someone’s moving? A few folks in earshot ask if they can volunteer a hand. The Sawgrass Grill is intricately woven into the neighborhood’s social fabric. Sherry mentions she may need a hand getting food to a big catering job. Not a problem, a nearby woman volunteers her Suburban for transport, and a few hours of her time as well. These are real people. This is small town, neighborly America. You’d expect Charles Kuralt to come in and start filming any second. After the last hurricane, it was a social center of the area, as people checked on their dining friends and neighbors. Strangers whose houses were damaged, or who were suddenly without work, were clothed and fed, and helped back on their feet. Not to mention that as soon as a path was cleared to the restaurant, Peg and Sherry donated all the food to cook and feed the neighborhood, and neighbors brought fresh food and generators to keep them going, in turn. 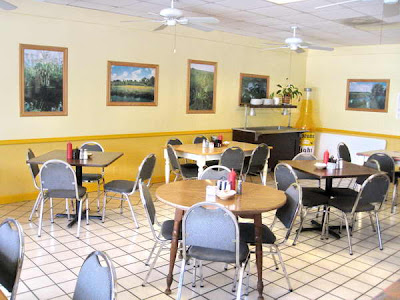 Sherry runs the culinary side, and Peg keeps the “front of the house” happy and joking. It seems like everyone walking in gives or gets a big hug. “It’s been a lot of fun,” Peg says, “We’re off the main track, you have to search to find us, and once you come in , you’re part of the family.”

Tasty, well priced food’s gotta be the magnet, and it is. The place can be filled in the season for breakfast and lunch, with favorites like 2 "alligator" eggs with choice of hash browns, home fries or grits, and toast or biscuit for $3.50; or the 3 "flying lizard" egg Western omelets with ham, onion, tomato, green pepper and American cheese for $6.95. The Breakfast Burrito with scrambled eggs, cheese, grilled green pepper, onion and ham, with salsa, sour cream, and choice of potatoes or grits is $5.95, and you’ll have some to take home! Still hungry? Get the Hungry Gator Special with 2 eggs, homefries, bacon or sausage smothered in sausage gravy for $5.95, or a Swamp Burger- one half pound of beef smothered with grilled onions melted pepper jack and American cheese on a Kaiser roll with chips and pickle wedge for $6.25.

There’s no shortage of sandwiches-Cordon Bleu Sub with chopped grilled chicken breast with chopped ham on a grilled hoagie bun, smothered in Swiss cheese (6.95), a lightly breaded or grilled pork tenderloin on a Kaiser bun for 5.95, or a Philly Cheese Steak with grilled onions, green pepper and melted Swiss for 6.25. You can't go wrong with the Everglades Club, with freshly carved ham and turkey with bacon, cheese, lettuce, tomato and mayo on Texas toast (6.25), below. 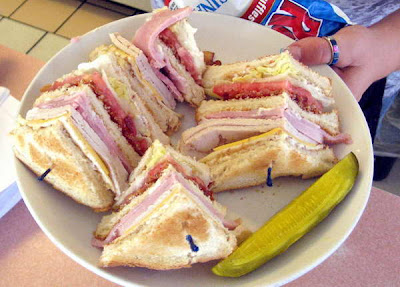 The fried chicken is a favorite! 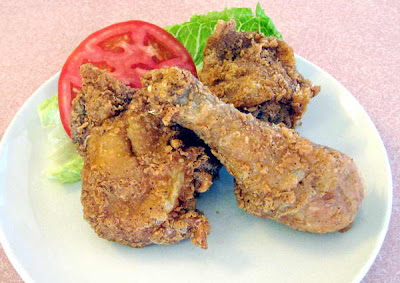 I went for the weekend special, lightly fried fresh mullet. I haven’t had this since mullet used to swim by the hundreds in rivers-now they are rarely seen on menus, unless “smoked”. Saw Grass Grill’s is super fresh, tender, and the corn meal light, crisp batter is one of the best fried fish I’ve had in years. 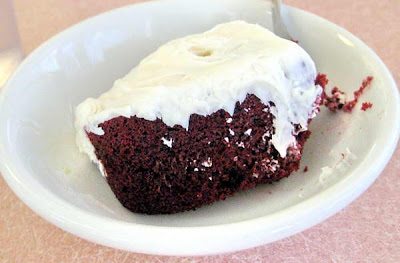 While I visited, a recent Swamp Buggy Queen came in with her family, and kept the place in laughter as she told of her latest experiences. A dental student, she’s comfortable with low and high tech. Sophistication and small town friendliness; that describes many of the customers. Some of the others dining were previosly in construction, and Peg and Sherry have seen them since reinvent themselves, adapting to the economy. One woman, formerly in construction, now runs a day care, and for free, has a riding school for handicapped children.

Breakfast and lunch, year round, dinner starts around October, a few nights a week when the demand is there. “Flexible and creative” do well here. During the summer, people asked for an early Thanksgiving dinner. 40 people signed up and came, for turkey, corn and all the fixins, with salad bar, and a big shrimp boil! 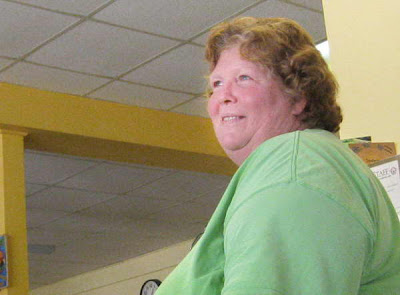