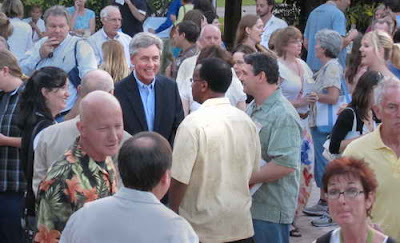 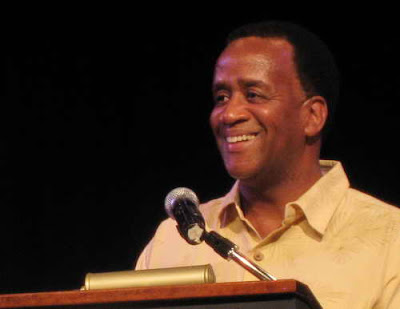 How do you publish one book, let alone Carl and Julianna’s armfuls of over a dozen novels each? Yup, same way you get Carnegie Hall-practice, practice practice. Over 100 writing hopefuls each plunked down $300 at the evolving Sanibel Island Writer’s Conference at BIGARTS, proudly sporting newbie color-coded nametags as they attended pep talks, er, workshops. They chatted up published writers, editors and literary agents, hopeful that inspiration and recognition might waft over them. Judging by the half finished books left behind on airplanes or returned unread to publishers for shredding, there’s no shortage of mediocre (or talented) published writers. Perseverance, luck, and a soft-hearted/ deep pocketed publisher are essential. This triad trounces mere talent alone. 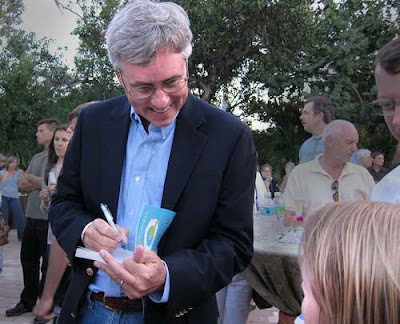 While I enjoyed the invited writers' insights, FGCU has their own published staff, including Tom DeMarchi, organizer of the 2009 Conference and wife Karen Tolchin, who writes on transtextual enunciation, while her students ferret deep meanings from her breathlessly giddy Gulfshore Life food reviews. (Karen & Tom, below) 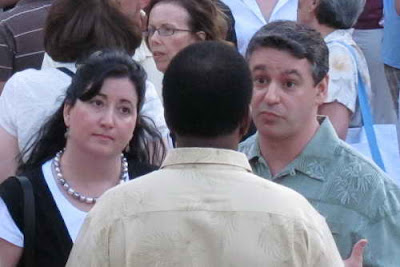 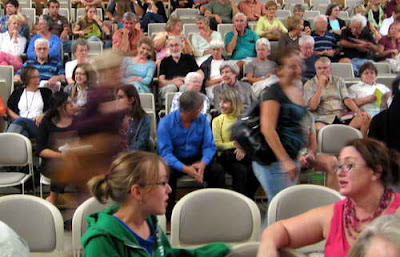 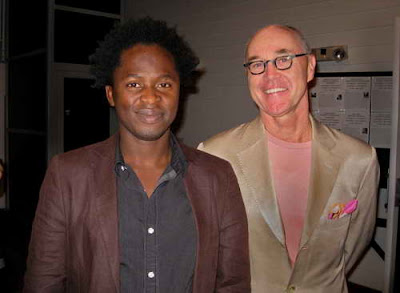 While my literary knowledge comes primarily from “Borat: Cultural Learnings of America for Make Benefit Glorious Nation of Kazakhstan” and R. Crumb, I benefited from Carl’s insights. Unable to write with a proper 17th century French Count’s perspective, he had to fall back on writing in the here and now. His kaleidoscopic Florida zoo is populated with greedy crooks and lusty dolphins; his bad guys float on lakes and rivers. His adult geared books sport two word titles like "Skinny Dip," "Team Rodent" and “Basket Case”, while his newer young reader books shout one-word titles like “Hoot,” Flush” and "Scat". You can't imagine the names he's given his kids. His books leaves a legacy that inspires readers to be mindful environment stewards. 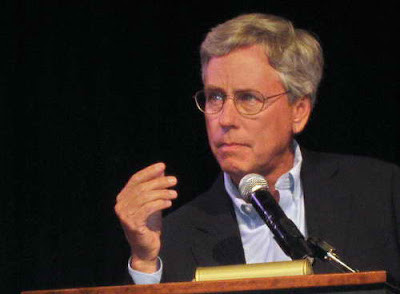 He exposes the politics that stymies heathy zoning, and allows condo developers’ to first stake out burrows, then pour tons of concrete, entombing owls and tortoises while alive. A writer who gets youngsters to set aside Wii, Facebook and Gameboy to actually finish a novel has my respect.

Julianna Baggott is a typical 30-something hausfrau, juggling the husband, 4 kids, charity work and a FSU writing post. Not! This diminutive dynamo published her first novel at age 22, and has #’s 12-14 in the pipeline today. She’s bright, funny, and a great storyteller. I didn’t hear all of her talk-attendees covered my young ears lest I hear anything that’s not politically correct, like "freedom of speech," or well chosen expletives. 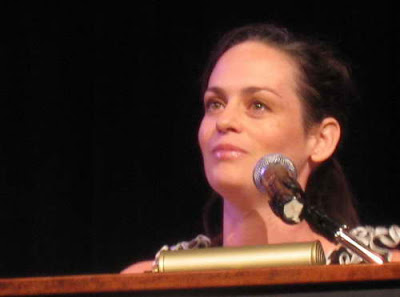 Like the Rolling Stones opening for the Beatles, her opening for the Hiaasen-seeking audience contributed to a vibrant one-two burst of inspiration, from both of their experiences.

There's no shortage of writers' workshops. Wanna get published, and not pay for a workshop? It's easy. Write well on what you know best, toss in a floater or two, befriend literary agents, and you'll be a highly paid published writer. There you have it. 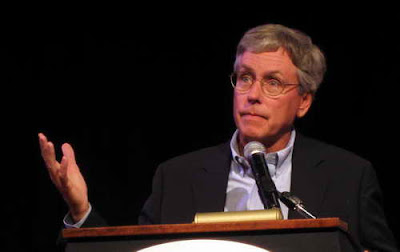 Posted by Ivan Seligman at 4:42 PM