Fort Myers was squirming with the undead and dying littering the streets. They crawled from Fort Myers' Swamp, artfully assisted by Pushing up Daizies, Inc. . Drawn by bright lights and the healthier smell of the living, they surrounded the musical band stages. The Dead Kahunas and others took over the chaos.  Hordes of zombies clumsily tried to attack the living; their oozing brains could not muster a coherent thought.They hobbled on decaying limbs down streets and sidewalks. SWAT team weapons had no effect on them. 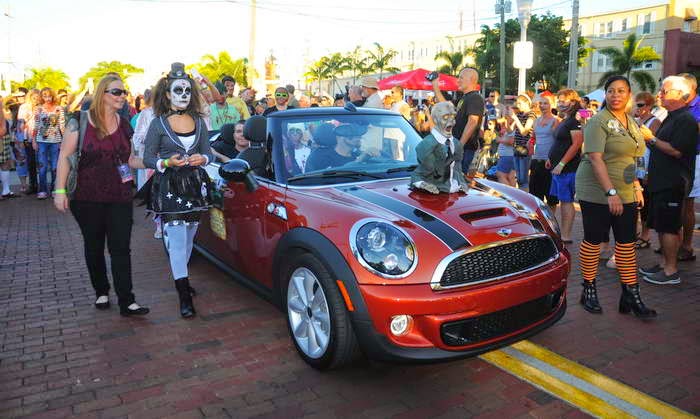 Mindlessly, they were drawn as a seething stench down First Street to huddle at a gathering point at the SBDAC. The brightly dressed corpses of  the Calendar Girls Florida seduced then ate the few living spectators that approached the spectacle.
Uuuurp.  The crypts of the SBDAC  were flung open, and hundreds more emptied out upon the street and the stage area. What could normal, law abiding folks do?  Judge them, of course!
And a bevy of slender, alluring ZombiQueens maidens didst judge the zombies couture, placating the crowd. McKenna joined them by the stage. The Queens then dazzled the dead with a dance against the darkness.  The Hot Flashz squirmed with delight as the zombies writhed uncontrollably to their dancing and music. 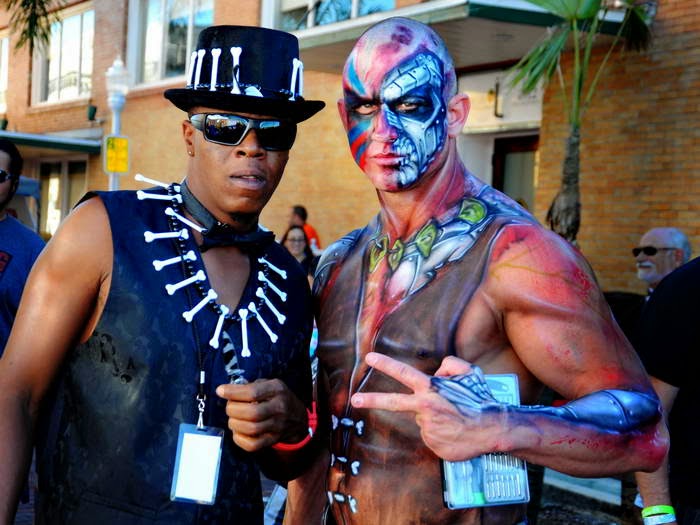 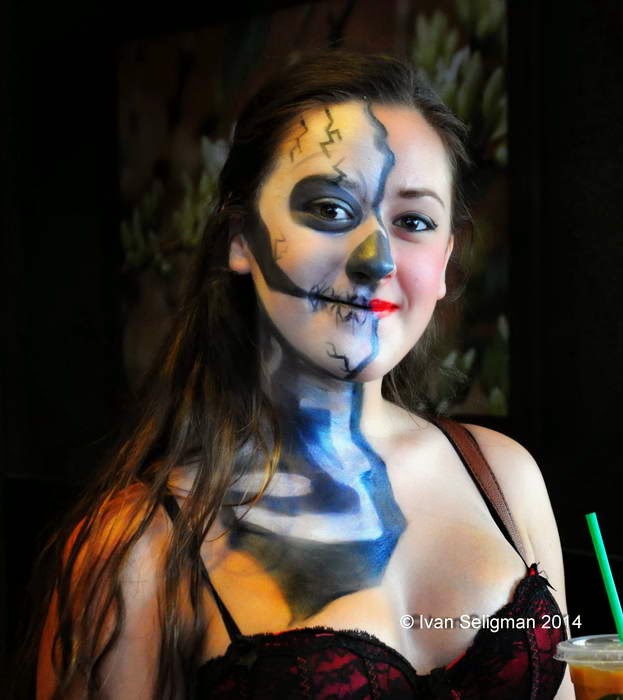 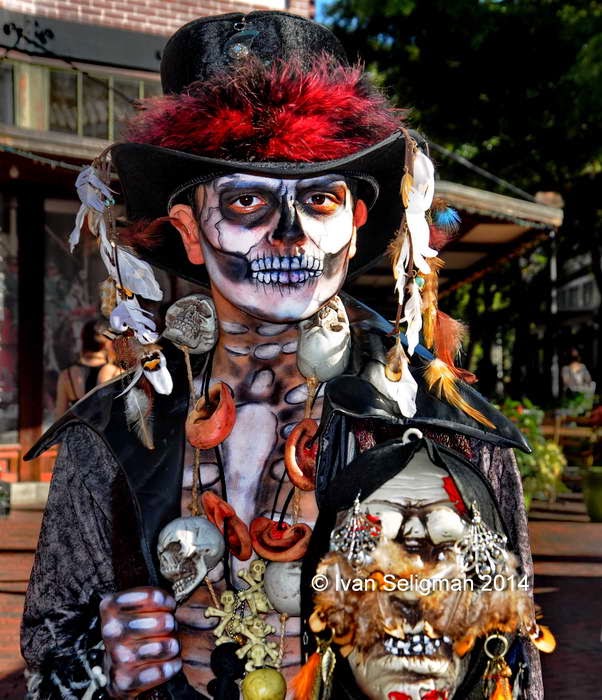 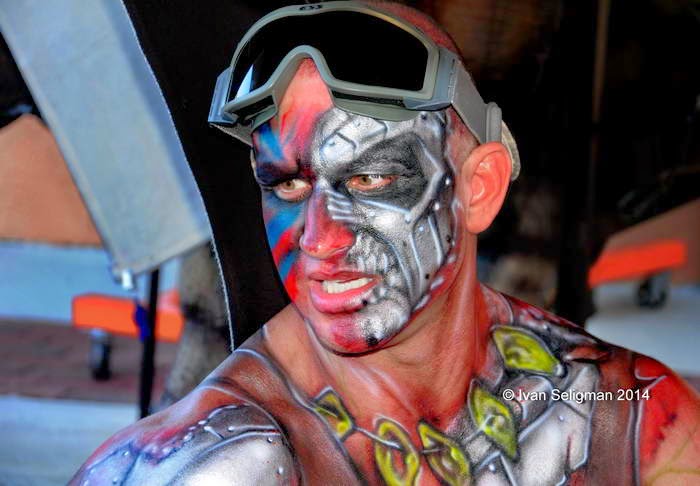 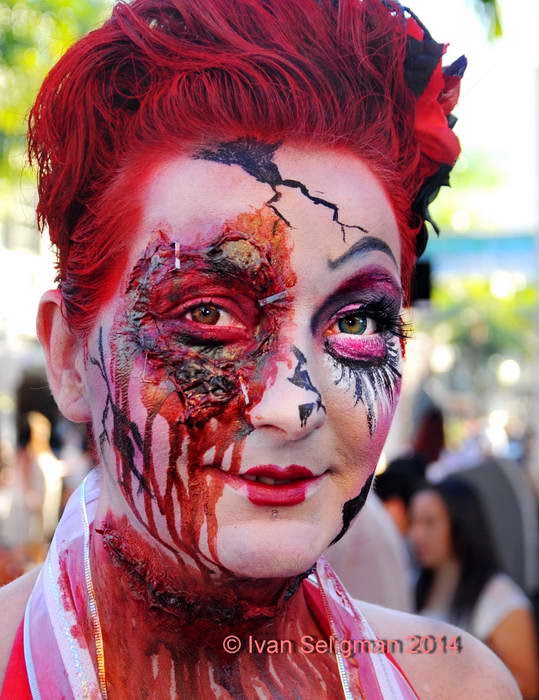 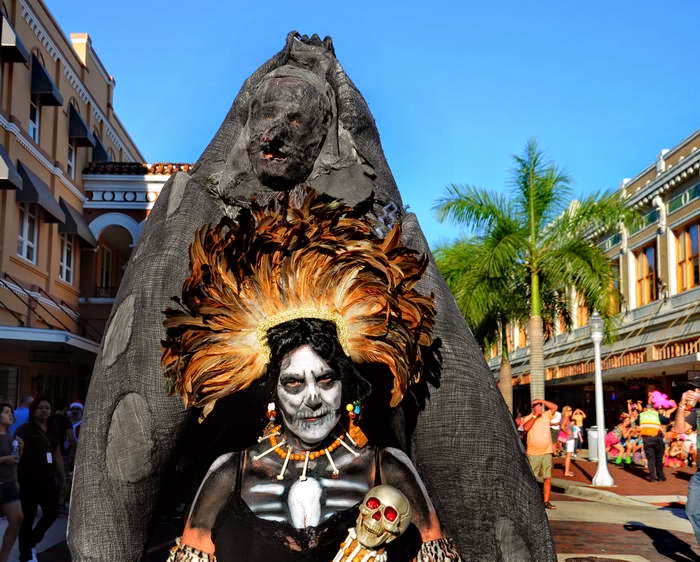 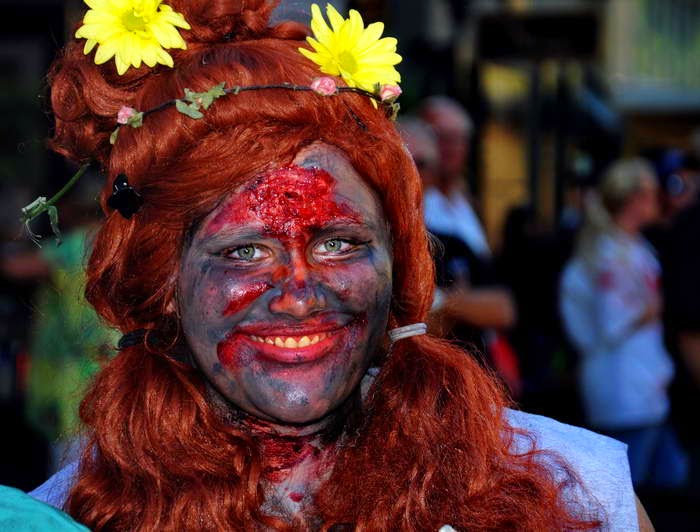 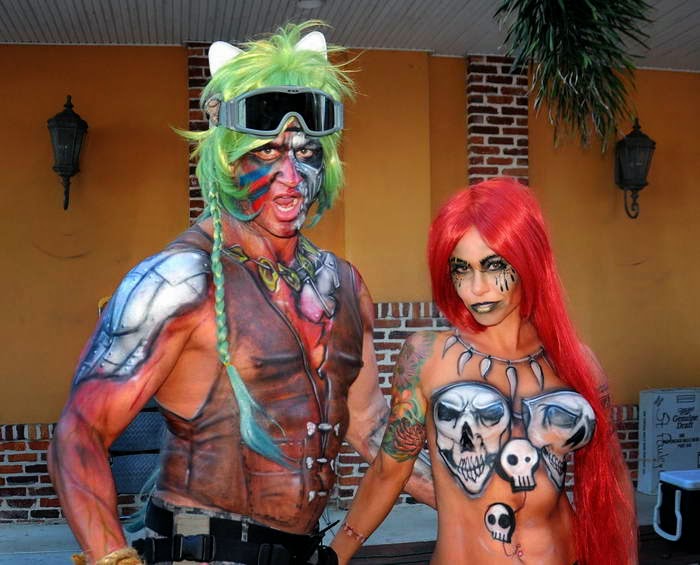 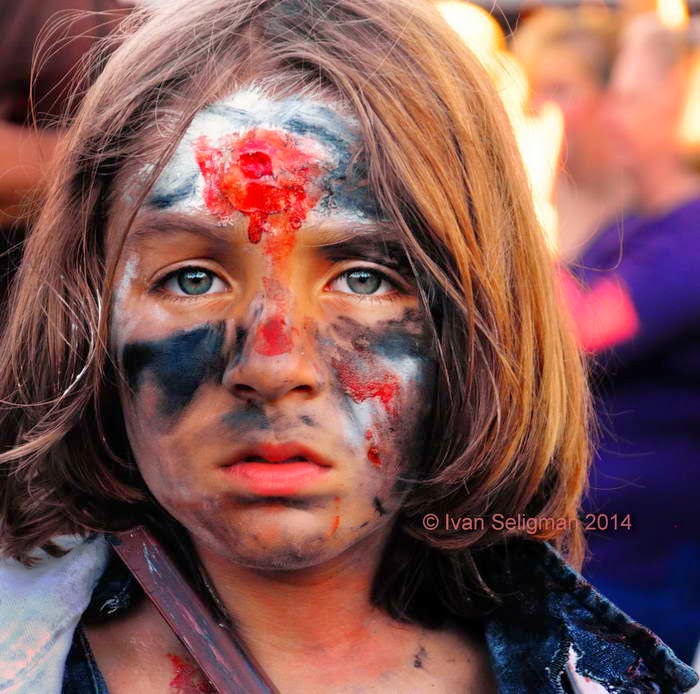 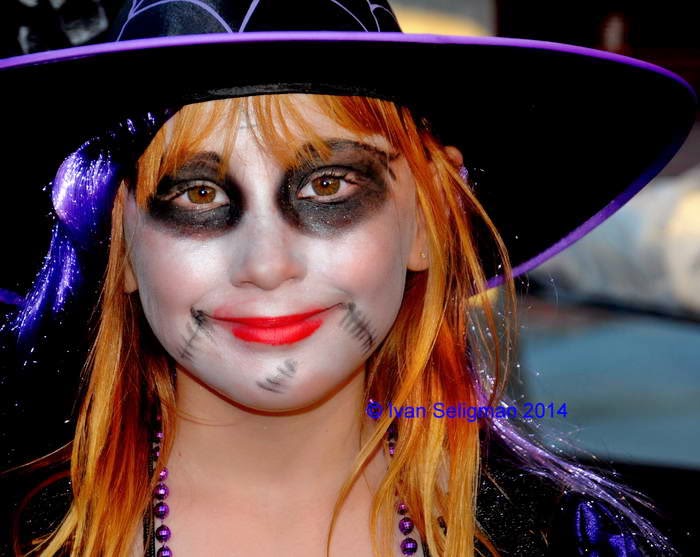 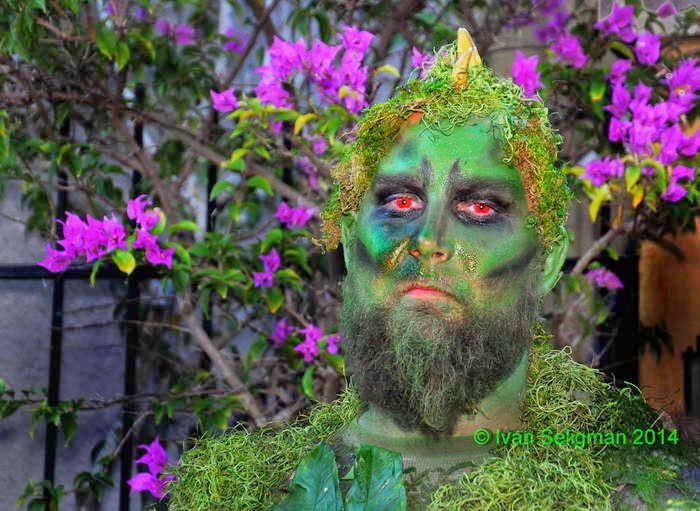 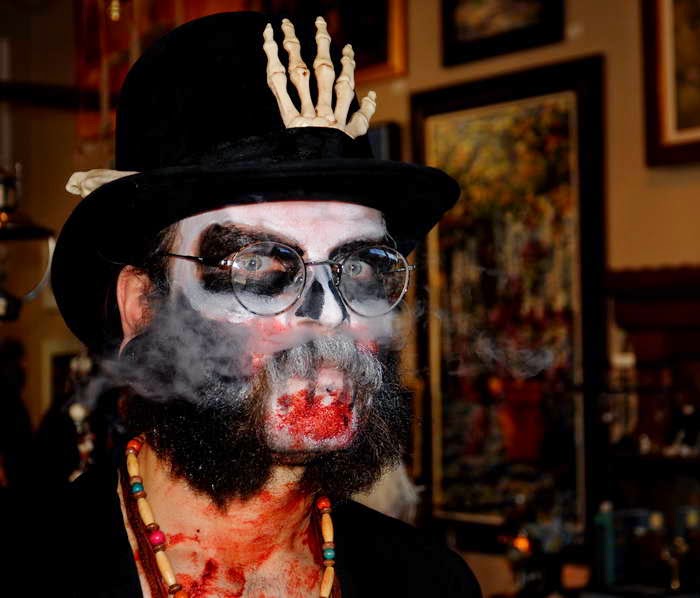 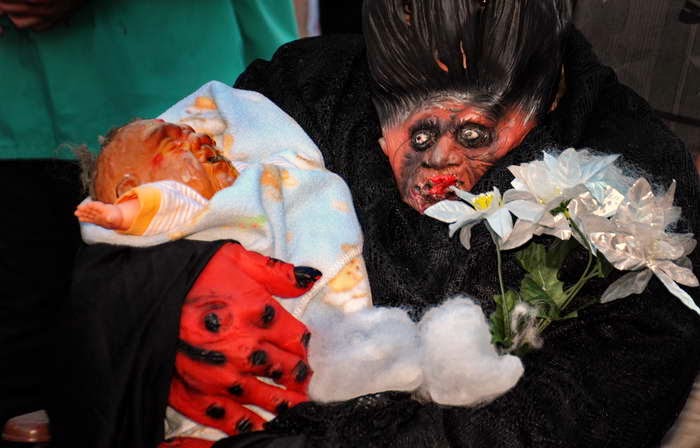 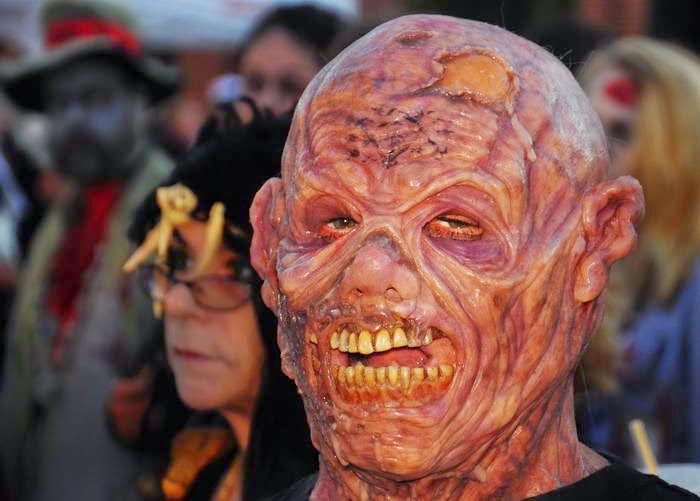 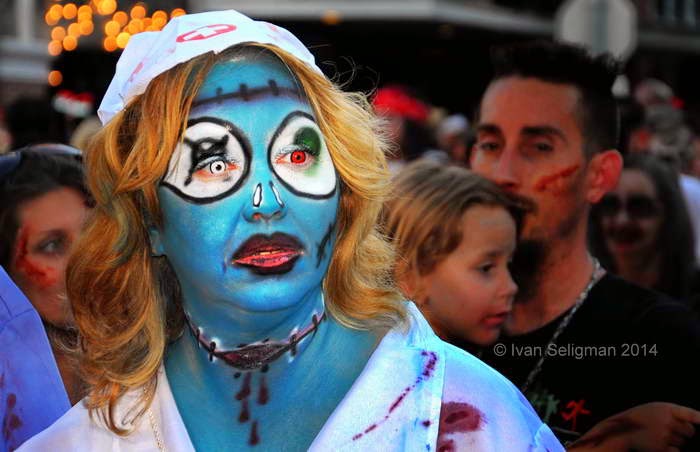 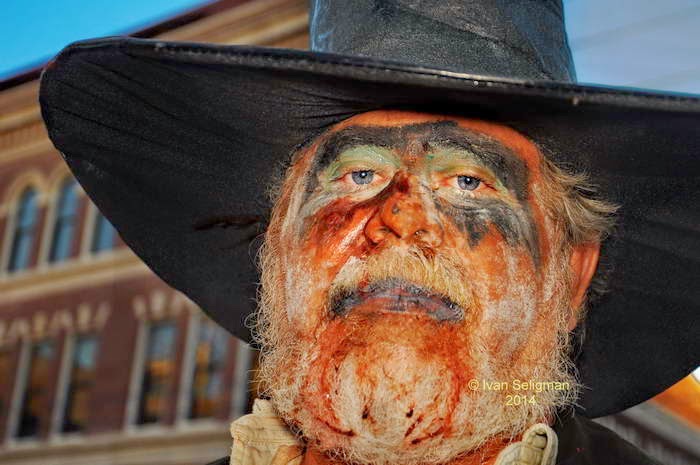 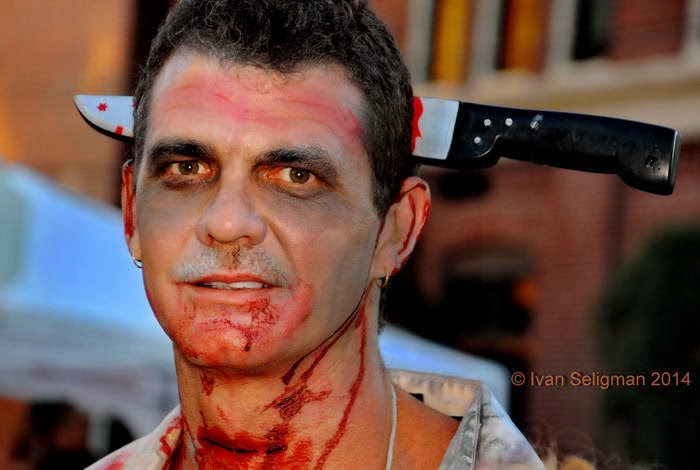 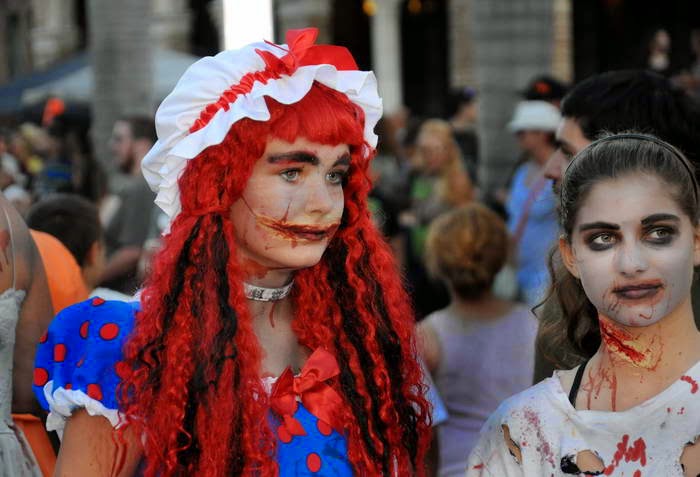 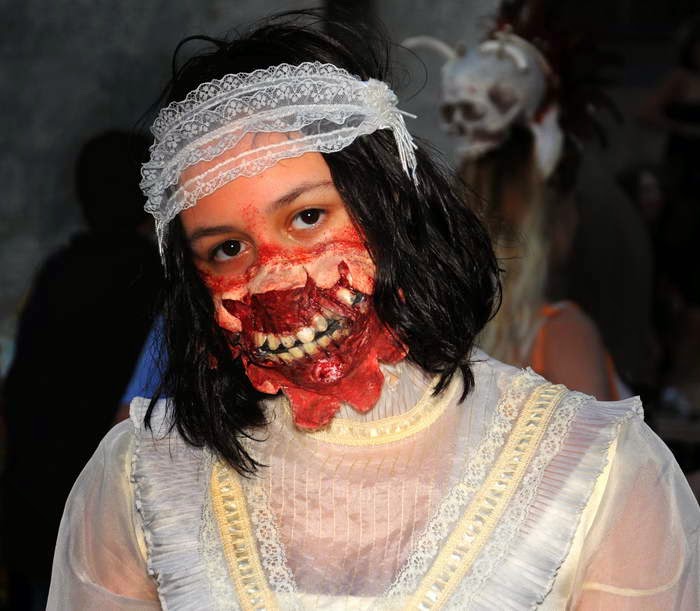 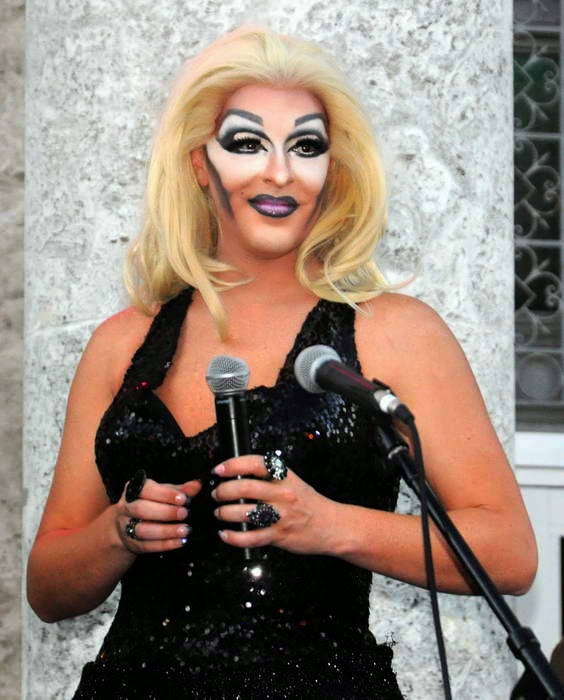 C'mon, Ivan, the made-up kids are cute but it has been three months now. And we're well into the season. I visit in March -- I want your input on great new (or established) places to eat, especially in FT. Myers.