In recognition of National Vegetarian Awareness Month this month, Lee Health hosted its fourth annual Vegetarian Chef Challenge at its four acute care locations.  Each of the four locations showcased one of their chef’s as they created a culinary dish using ONLY plant based ingredients. The chefs traveled to all four locations the week of October 16th.   Cafeteria patrons voted for their favorite dish. The top 2 chefs, Chef Cathy Berner, and Chef Jack Brown, competed in the grand champion cook off held at Health Park Medical Center at 1 pm on Wednesday November 1st. Chef Brown was defending his  Championship crown for the last four years, so Chef Berner was truly up against a well seasoned chef! 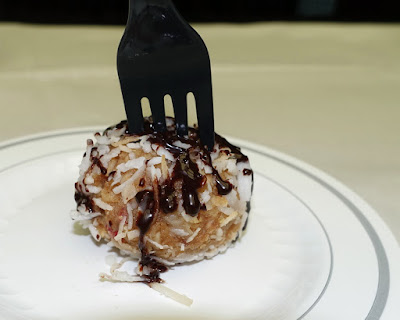 The competition started with passed peanut butter and coconut balls, which surely whet the appetite!

Chefs had only 20 minutes to prepare their entries, then judges and the audience got to taste their dishes. 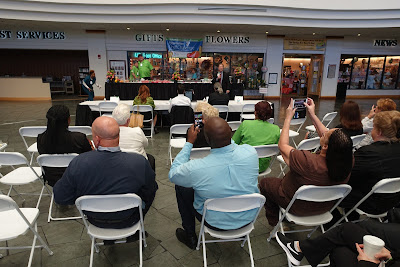 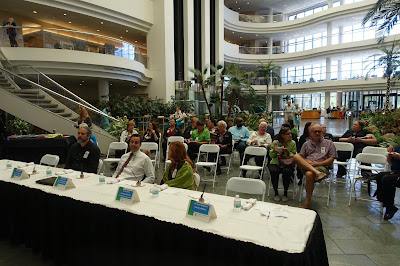 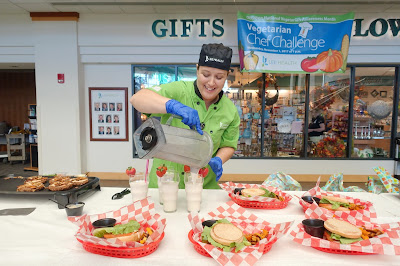 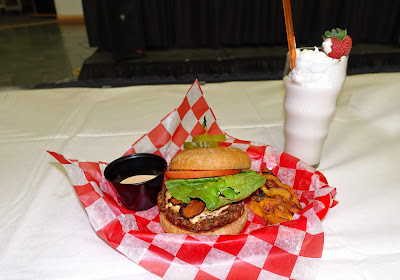 Chef Jack Brown crafted an Italian duo of "chicken Parmesan" and "chicken" marsala using vegan cheese and panko breaded green jackfruit, which did a quite nice substitution for chicken! 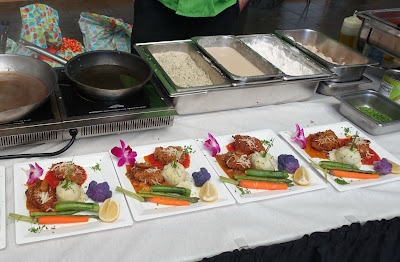 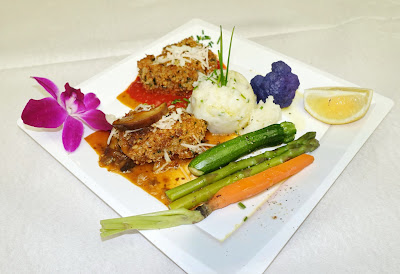 It pulls apart much like chicken breast!
These "proteins" were accompanied by mashed parsnip potatoes with a dash of black truffle oil, and fresh steamed mushrooms,  baby carrots, purple cauliflower and  zucchini, with a dash of lemon juice. 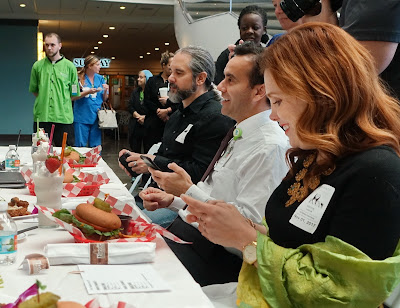 Either dish could have been a signature dish at any restaurant! The competition was very close, however Chef Brown won by a hair, according to the panel of four judges. (I was one!) 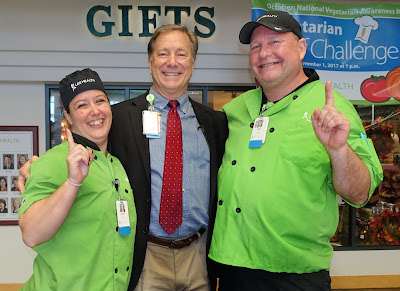 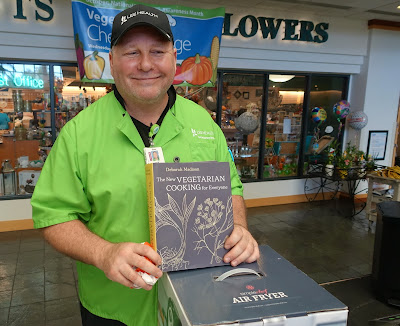 This event clearly raised awareness about the delicious flavors and benefits of using ONLY plant-based foods in a healthy approach to dining and to living. Plant-based diets have  improved chronic diseases like cardiovascular diseases, diabetes, and COPD. Eating this way helps one to become leaner and avoid or lessen use of processed foods.

P.S. Health Park Medical Center's atrium lobby is as beautiful as that of many fine hotels! 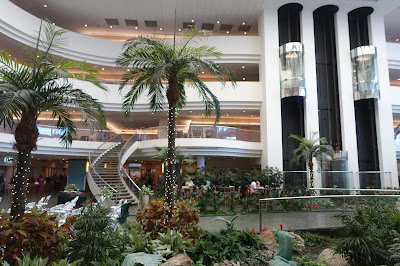