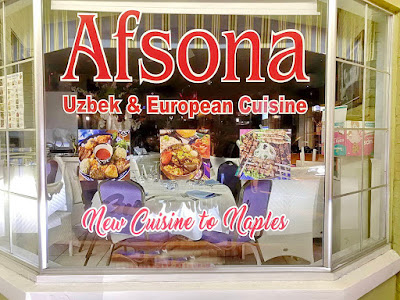 The coziness of Maria D’Anna’s remains, and Afsona’s cuisine features quite a few authentic Uzbek dishes such as Vinegret,  Morkovcha,  Hohnim, Olivier, as well as more well know dishes with salmon, Caesar salad, shrimp cocktail, etc., for the less adventurous.

I came for take out to bring to a Russian friend’s January birthday, and was told by several Russians that the food was both delicious and authentic. Social distancing is observed, and personnel wear masks. 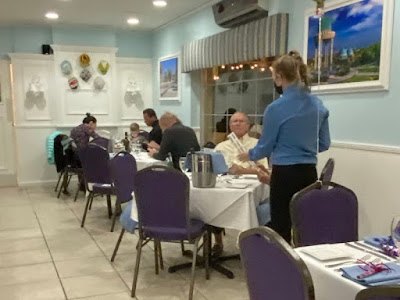 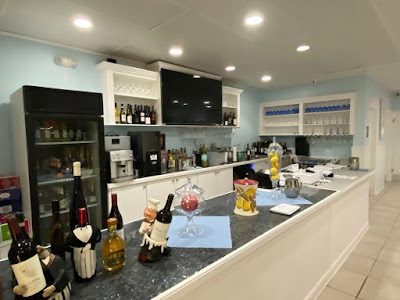 I placed my order over the phone, and when I came to pick up, the restaurant had perhaps 30% occupancy inside. It was clear a birthday party was to soon occur there-it’s already a popular spot. The take out food was wonderful-double packed and insulated, with foil -wrapped food placed in Styrofoam containers, and then in plastic bags with handles. The soup-like portion of the Lagman was in a sealed plastic container, further bound by tape to prevent accidental spilling. Other restaurants should take such care of takeout. As a result, the food was still quite hot 20 minutes later when it got to the party!
Here’s what we had: 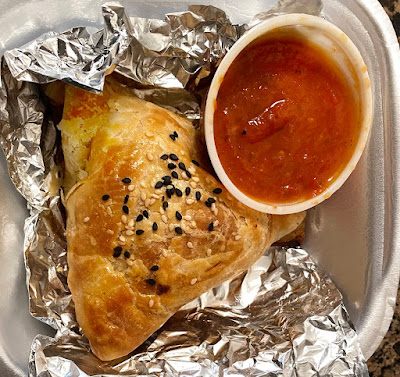 Start with Somsa ($6), house-made dough, stuffed with three different choices-Spinach with onion, arugula and oregano; beef with onions and seasonings, and squash with onions and herbs. These are baked crisp, and delicious with luscious fillings. Highly Recommended. 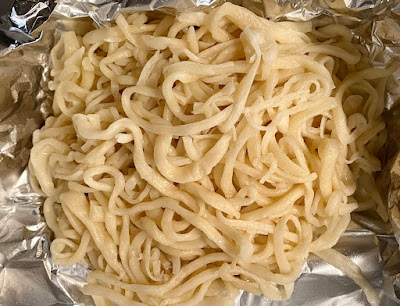 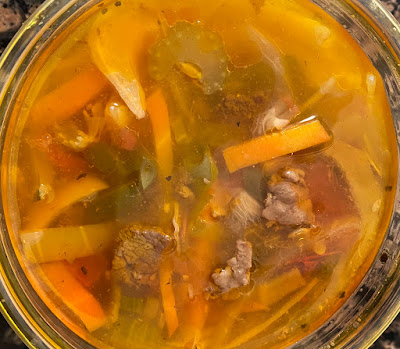 Lagman ($20) is classic Uzbek. Ours came in two parts to preserve the integrity of the noodles.  Here’s the bottled “soup” part, and the separate house-made noodles.  Add the “soup” of home made vegetables, seasoned with herbs to top off the tasty noodles. 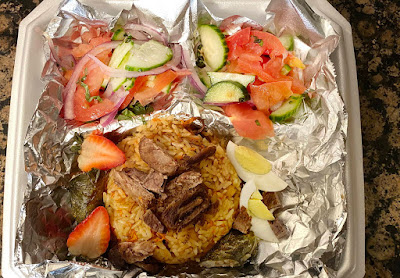 Palov ($20) is the classic dish of Uzbekistan, rich with beef, carrot, onion, raisins and chickpeas in rice, with quartered dolma and quail eggs on the side, accompanied by an “achuchuk” salad of tomatoes, red onions and cucumbers with a light dressing. Recommended. 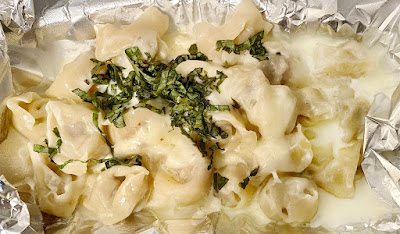 Not sure what to get? Get the Moshhorda soup ($8), and the  Afsona Combo ($55), a large platter with lula kebab, lamb chip, dolma, somsa, manti, fried chuchvara, lettuce, grilled tomatoes and red sauce. Wow!

The folks seated indoors and outdoors appeared very pleased with their meals, and one gave me the “thumbs up.”  I look forward to a second visit, to try more authentic dishes. Thank you for this treat, co-owners Gholibjon (Jon) Absamatov,  and Mamlakat (Maya) Tadjieva, who is also the Executive Chef.