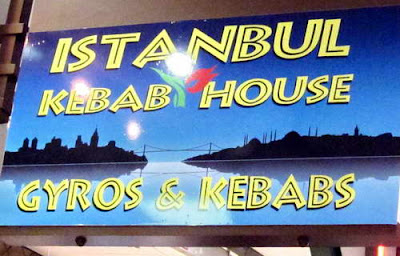 Owner/Chef D. Deniz Suuctugu hails from Istanbul and also trained in Cleveland Ohio, so he know European and Midwesterners’ tastes. He has 9 years of restaurant experience before opening Istanbul at the Food Court. 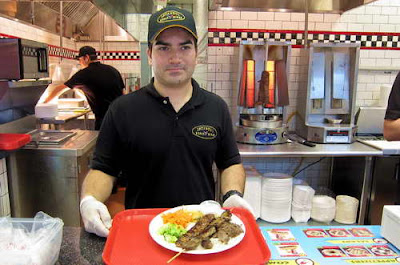 He says” I realized there wasn't much good European or Turkish kebabs, gyros and other such foods here, so I wanted to bring the great tastes to Naples.” 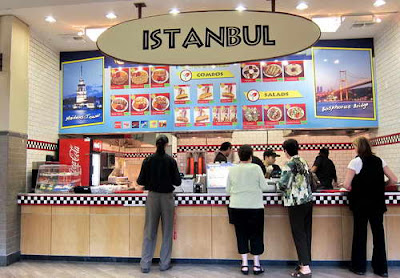 Looking at the line of people waiting to order behind me, I asked what will be his next step. He said, “ In the future, I look forward to also opening a restaurant with private seating.”

The prices are right for an inexpensive, filling and authentically good meal. The colorful display easily shows the various offerings. 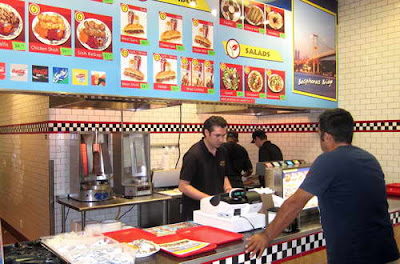 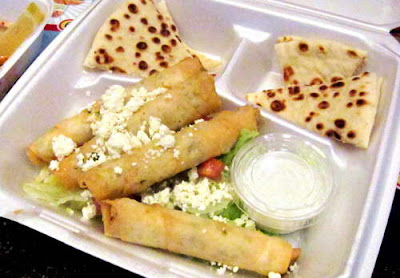 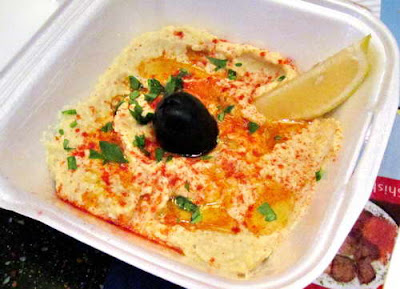 The Greek, Shepherd and Mediterranean salads range from $5 to 6.50. 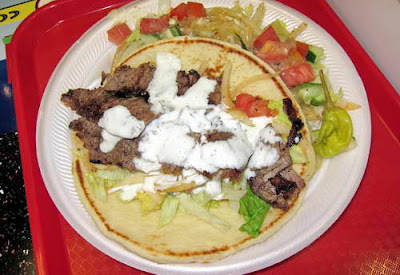 and come with a salad, and a choice of rice or French fries. 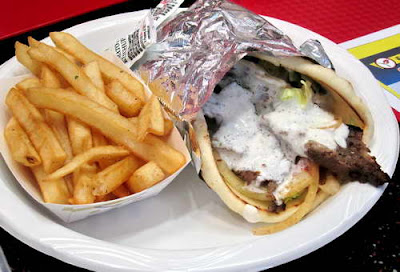 The gyros is cooked upright, on a rotating skewer. 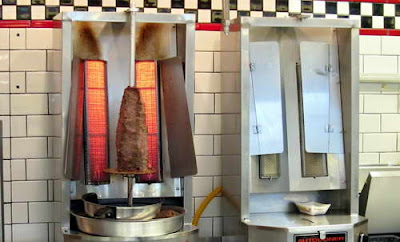 Then the luscious outer edges are individually sliced when ordered. 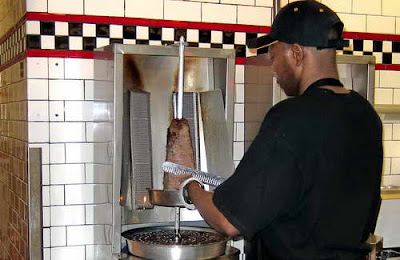 There are various combos of gyros, shish kebabs and kebabs that come with fries and a large Coca-Cola- a very good deal for only $6.50.
I enjoyed the mixed platter ($8) (below)- The single long grilled kebab is formed with ground beef, peppers and onions, Shish kebab has hunks grilled meat on a skewer, and the gyro is marinated with onions, peppers, seasoning. the meats are served on a bed of rice, with a side cooling cup of tzatziki sauce (Greek style yogurt and cucumbers with lemon juice and dill), and green salad. 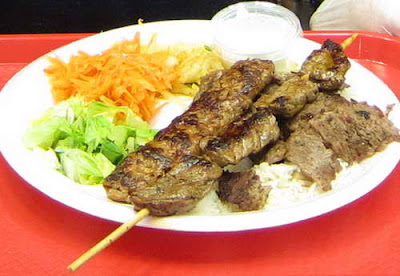 The slivered Carrot salad has a Greek dressing (Balsamic vinaigrette, feta cheese and ground peppers). The sliced onions (hidden in the above photo) are topped with a red sauce (red peppers, and extra virgin olive oil).

The filling sampling platter is a great introduction to six items, with the kebab and shish kabab on wooden skewers, both nicely, lightly charred, tender and served hot. The long kebab is juicier and spicier than the shish kebab and gyros. The kebab is the ticket if you like things a touch spicier, with its fresh red peppers, chopped onions and Turkish spices. It tastes like a mildly spiced juicy lamb and beef burger. The gyros has a slight spicing difference from Greek recipes. The shish kebabs are enhanced wiht a touch of a surface char, tender and nicely marinated. The side of onions is raw and bold with their marinade. Carrots are fresh cut, and not overwhelmed by their vinaigrette.

What’s the competition? Clearly other vendor within 200 feet, such as McDonalds, Taco Bell, Subway and Sbarro’s. Take your meal home, or have a seat in the central area of the Food Court, and watch the colorful shoppers go by.
Istanbul's cuisine is a tasty new niche at the Food Court. Already, the repeat customers speak well for Istanbul’s success. The Falafel Grill has similar dishes with an Egyptian rather than a Turkish accent, a mom and pop atmosphere, and it’s a few miles away on Pine Ridge. 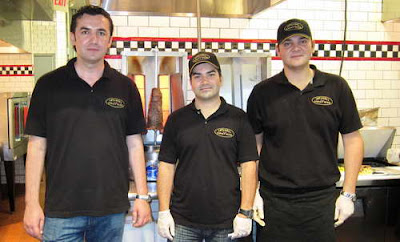 Posted by Ivan Seligman at 9:04 PM

I was there, i tried the food and i fell in love with the food.... It's my favourite restaurant from now on!!! Love it...

I was there, i tried the food and i fell in love with the food.... It's my favourite restaurant from now on!!! Love it...