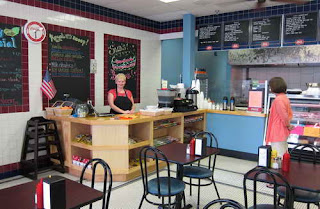 “You’d love this lovely spot! A sweet couple make bigger, better tasting and healthier sandwiches and soups than Stage 62 and the rest!” 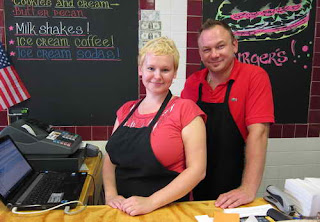 So said a New York deli maven (expert) who previously favored the Mercato’s Studio 62, the Detroit style deli and Jason’s Deli. I stopped by Flavor Tree Restaurant, a pretty spot next to The Parkshore Grille, a few hundred feet west of Sunsplash Natural Foods, on Neapolitan Way.

It’s a homey spot with big New York deli style foods, hot and cold sandwiches, salads burgers and wraps. The emphasis is on healthy, and it stays there! There are eight tables inside, and a bench out front. Hand written menus artfully decorate the walls.
Light jazz played softly in the background. I placed my order and chatted with owners/chefs Pasha and Marina Vlasov. As we talked over dishes and ingredients, it’s clear that they have a Passion, with a capital “P”, for fresh, healthy and tasty cuisines. Marina started baking at 9 years old, assisted by her Russian mother’s recipes. She bakes some regular items like chocolate cookies nearly every day, and tries new baking and dessert ideas, putting them out when perfected. She’s very creative, and has very good sense of taste. Her daily changing soups are a high point-often taken home.

Pasha has done it all, from serving as waiter to cruise ship dining; covering front of the house at NY spots like Jean Georges to being on the line. The kitchen is open-it’s fun to see Pasha’s dexterity as he slices fresh vegetables. They are a great team together. 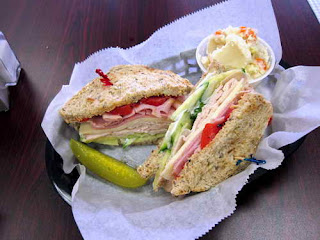 A cup of potato salad and a pickle accompany it. The sandwich is BIG! Unlike some big delis I won’t mention, that sneakily slice and stack meat to look big in the center, and dwindle to nothing behind, this is a generous portion of very high quality meats, with a touch of mayo. It bursts with flavor! The potato salad is refreshing-very little mayo, and chopped apple gives it both moisture and a fun crunch. It’s so big that there’s no need for chips of fries to fill you up.
I’m a good eater, and I still took half home.

My sweet tooth led me to the Napoleon for dessert. It’s a big slab, pretty, rich and luscious with tender phyllo separating the luscious layers. topped with fresh apple and blueberries. Mmmmm good! 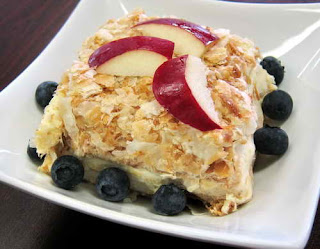 It’s not offered every day. The cookies look good, with healthy ingredients that could form a granola bar. Customers like to try new items often. Works for me! 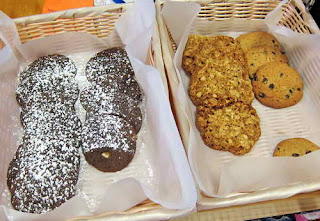 Other customers came in for dining and take out. Their cold sandwiches were very large and attractive, some enough for two separate meals, and all are under $8. I can list the names of the sandwiches and ingredients, however it doesn’t tell the story as much as seeing and tasting them. If there’s a sandwich you want to create, it’s done on the spot! 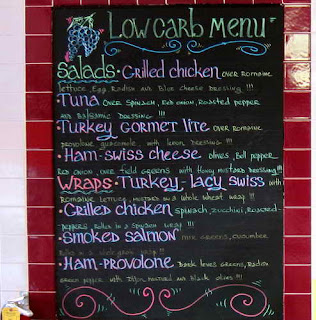 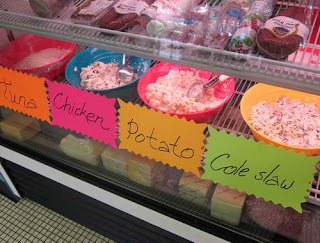 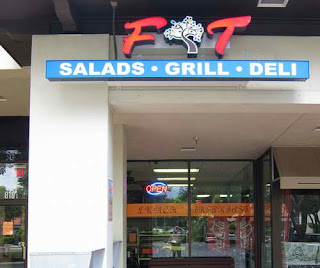 Posted by Ivan Seligman at 9:45 PM

It is very good blog.One of travel's biggest pleasures is uncovering a city's independent restaurants and creative chefs. Happily enough, Naples has plenty of options to tantalize you. Stick with the familiar by giving Old Naples Pub your attention, or if you're more adventurous, sample the terrific Italian cuisine at Pazzo.Tree Restaurant, a pretty spot next to The Parkshore Grille, a few hundred feet west of Sunsplash Natural Foods, on Neapolitan Way.

Excellent Deli.I can stand at the counter and view the Sandwich making all day. Only the freshest ingredients go into the sandwiches and the are delicious! A True hidden Gem in Parkshore!