What a day! I and others got who visited Naples' Sea Salt November 27th met author Colman Andrews at his book signing. Autographed copies of his recently completed “Ferran The Inside Story of El Bulli and the Man Who Reinvented Food” quickly sold! Guests chatted with Colman about various aspects of his writings and vast experience. As a bonus, guests sampled Chef Aielli’s delicious hors d’oeuvres, wines and relaxed with live flamenco music. Seas Salt is hopping, with 300 reservations for just this evening’s dinner! ﻿﻿
﻿﻿
Colman Andrews is one of the best culinary writers of the 21st century.

He’s open, affable and entertaining in person. An amazingly prolific writer of over 2,500 articles and six books, I went home to my cookbooks and realized I had two cookbooks that he, a co-founder of Saveur Magazine, has co-authored;  Saveur Cooks Authentic American, and Saveur Cooks French. Additionally, one of the most beautifully photographed and complete cookbooks ever published is his  The Country Cooking of Ireland. This tour de force  was awarded both the prestigious 2010 James Beard Cookbook of the Year and the 2010 James Beard International Cookbook. Top that! 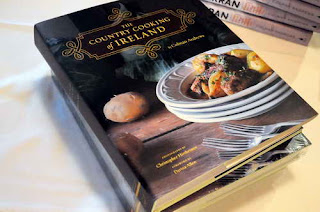 Colman is also a published expert on the unique ethnic and culinary region of Spain, Catalonia, with his book Catalan Cuisine. Colman is thus especially well suited to appreciate the Catalan world of Ferran Adrià, Executive Chef of El Bulli, regarded as the top restaurant in the world for its innovative cuisine. Amazingly creative like another famous Catalan, Salvador Dali, Adrià’s culinary laboratory has had a positive effect on countless chefs worldwide, as they try his techniques and create some of their own. Whether you eat at a local restaurant, or dine at three star Michelin spots, his innovative techniques are firmly in place.

My copy of “Ferran The Inside Story of El Bulli and the Man Who Reinvented Food" is to be savored. Skimming over the pages and reading select paragraphs, I see that it’s a well written, fascinating read. You know what I’ll be reading over the next few weeks. Buy a copy and check it out. 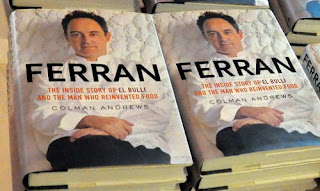 Sea Salt has a second floor balcony that’s now open for some lunches, truly the “catbird seat” to people watch over Naples Third Street South.
The second floor also houses a complete kitchen and dining area that will be completed by this summer. The roof top also features an herb and vegetable garden that already supplies some produce for the restaurant. 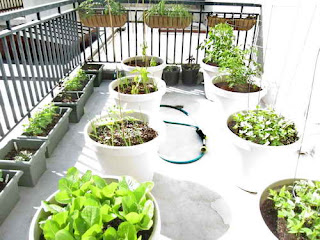 Much of  Sea Salt's the produce comes from Saturday’s vendors at the next door Third Street South Farmers Market. Chef Aielli is out there early, picking the best organic and natural foods to later cook for you.

I stock my refrigerator from vendors such as Worden Farms, David and Jenny Burd, Captain Kirk’s Seafood, Jimmy P’s, Bamboo Café and Bella Maria. More on that to follow in a few weeks, when crops are harvested and Season starts!

I ate at Sea Salt recently, and loved the sesame encrusted tuna, 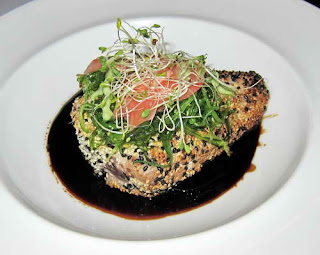 and the (?) grilled dorade. 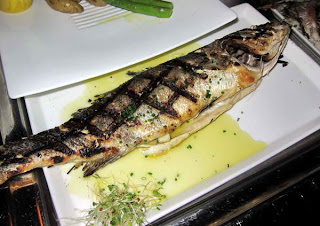