On April 1, Art of the Olympians (AOTO) welcomed Olympian and Artist Cameron Myler to southwest Florida for the opening of Shutter Speed -a collection of more than 20 vivid photographic works.
Cameron Myler,  a four-time Olympian in the sport of luge, is the most successful American woman in luge history. She competed in the Olympic Winter Games in 1988 (Calgary, Canada), 1992 (Albertville, France), 1994 (Lillehammer, Norway), and 1998 (Nagano, Japan). Cameron holds seven U.S. National Championship titles and was named U.S. Luge Athlete of the Year nine times. She held more than 30 of 34 U.S. records at tracks around the world.
After retiring from Olympic competition, she became a lawyer,  practicing in New York City in the entertainment, sports, and media fields. 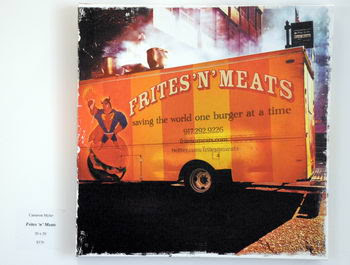 Her photography is unique, featuring her snippets and views of New York's streets, colored lights, nature, Rothko,water and flame. As one accustomed to moving at luge-speed, many exhibit a brash motion. Some are even captured with her phone-camera from a car while being driven.  Well worth a visit!

The exhibit of Shutter Speed started on Friday, April 1, and will continue  in the Cultural Art Gallery at the Art of the Olympians Al Oerter Center for Excellence at 1300 Hendry St., Fort Myers. 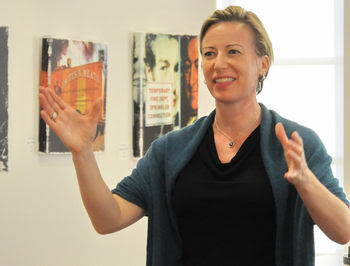 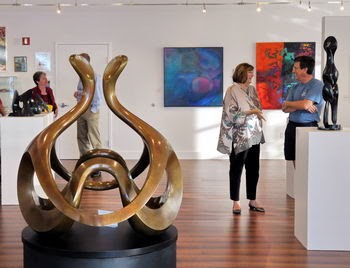 At the opening, the very talented singers of Vocal Artistry performed. 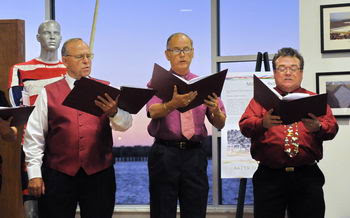 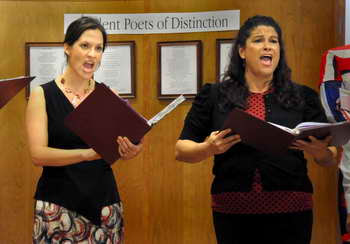 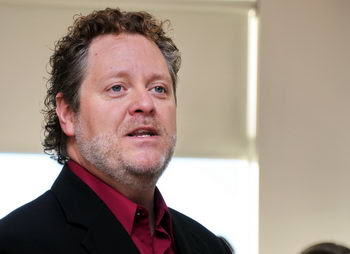 They will also present a Sunday Sunday for the Japan Earthquake and Tsunami Relief Concert 7 PM at the Unitarian Church, and several other concerts through Easter.Vocal Artistry partners with community groups to raise social awareness and sensitivity about the world's challenges today. Its first full concert, "Freedom Train," spotlighted the Holocaust Museum of Southwest Florida, After the Rain Half-Way House for Women, Working Hands Bicycle Ministry, and The Harry Chapin Food Bank, all of which help people to achieve freedom from oppression, addiction or hunger. I highly recommend that you hear them. Visit them at:
http://www.facebook.com/VocalArtistry 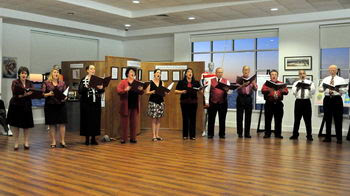 Myler’s creative energy  is captured through her photography.Soon, her artistry will encompass a line of hand crafted handbags that will soon debut under the Cameron Waulker brand. Her bags, which incorporate wool fabric that she has knitted and felted, are influenced by both her Scottish heritage and aspects of  modern design.

The Art of the Olympians building is a must see! It's a bright new jewel in the crown of Fort Myers, a modern two story building perched on the bank of the Caloosahatchee River at the north end of Hendry Street. Inside are the artistic creations of a couple dozen Olympians at any time. Their painting, sculpture, photography, drawing and poetry is as beautiful and world -class as their Olympic accomplishments. 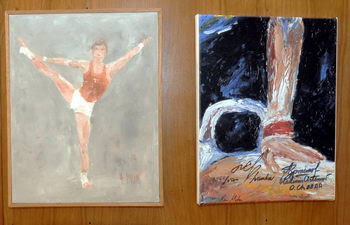 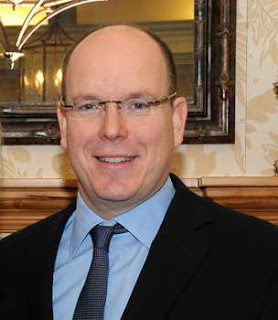 Gallery hours are Tuesday – Saturday from 10 a.m. to 4 p.m. The Gallery is closed to on Sundays, Mondays and holidays. 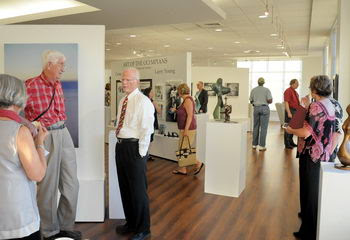 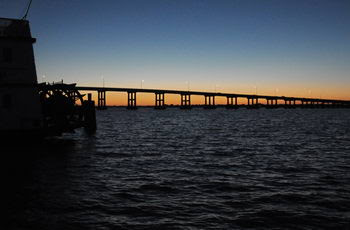 These and additional photographs may be purchased at:
http://ivanseligman.smugmug.com/Other/Art-of-the-Olympians-Cameron/16443412_BkKaN#1237048990_RH7Lj
All profits go to Art of the Olympians.
Posted by Ivan Seligman at 1:01 PM

Labels: An Insatiable Appetite, Art of the Olympians, Fort Myers