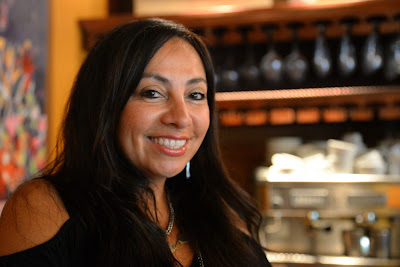 Why is Chef Gloria Naples Herald’s “Chef of the Month?”  That’s easy!  While crafting two successful Fort Myers restaurants, Chef Gloria has always generously given back to the community through numerous charity events, including PACE Center for Girls, Southwest Florida Wine & Food Fest, Radio Daze, and Thanks-A-Lot. She personally trains each chef and staff member.  Only Chef Gloria has customers asking to be trained to be rockstar-like servers in her restaurants!
How did Chef Gloria get her start in Fort Myers? Well, she loved dining at her favorite “hole in the wall” 10-seat restaurant in Fort Myers so much that she wanted to buy it. Alas, they sold it to a couple, and she was very disappointed. 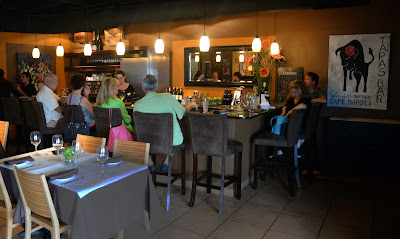 A mere two months later, after updating and remodeling it as ‘La Trattoria Cafe Napoli’… they had to put it up for sale. She bought it this time- that’s how it all began back in 2005!
Skipping ahead a decade...Seeking a new challenge, she decided to craft a second restaurant, Mermaid Garden Cafe,  decorated with soft oceanic greens and pale sea-foam accents, and walls bedecked with pretty plates,  teapots and tea cups in what she once described as an endearing “girly-girly” style. Unlike La Trattoria, Mermaid serves only breakfast and lunch-healthy fresh foods that a Mermaid would eat, of course!
Read the whole article at: http://naplesherald.com/2016/08/01/lee-countys-queen-cuisine-chef-gloria-jordan-dcabral/ 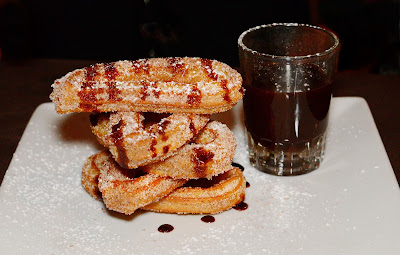 Posted by Ivan Seligman at 7:12 PM