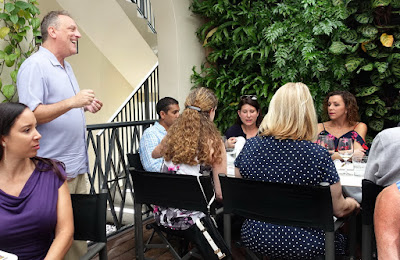 Joseph Phelps Vineyard  Insignia wine is one of the iconic wines of not just Napa Valley, but of the entire USA. It’s been awarded the perfect 100% rating by wine maven Robert Parker for not just one, but for several vintage years. The Phelps  Vineyards produce other top wines. When I learned of this tasting opportunity for not only  the Insignia $225-275/bottle wine with a five-course  Bevy brunch, but  also to taste four other Joseph Phelps wines; the 2017 Sauvignon Blanc, Vineyards Freestone 2016 Chardonnay, Freestone Vineyards 2015 Pinot Noir, and  2015 Cabernet Sauvignon, for $75,  I (and about 20 others) signed up. Disclosure:  I was offered the opportunity to be comped because I am a food writer/blogger etc.. My independent thoughts follow, as always.I tip $20, cash. Wine tasting dinners often go for $125-$200 in Naples. Having a four to five course meal paired with wines is a great brunch value for a wine lover at $75, knowing that easily $75 of  top quality wines would be paired with brunch dishes.

Wine maven Thomas Columbus guided us through the tasting of the iconic Phelps  white and red wines. 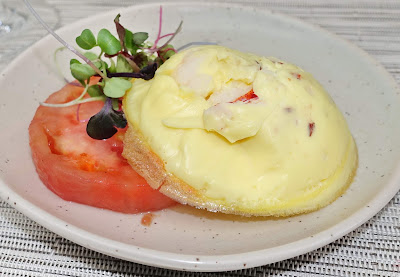 The Joseph Phelps Vineyards 2017 Sauvignon Blanc (St. Helena, Napa Valley, California) was superb for  its crispness and light fruit hints-I and my tablemates could have finished a bottle of this alone, with the next few courses.  The tiny omelette’s delicate lobster and Brie were almost an afterthought as we savored the wine. 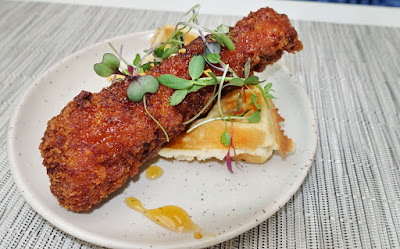 The wine is refreshing, with a touch of oak.  The tender fried chicken is graced with a rich, dark crisp crust. I wouldn’t have minded a large dollop of Mike’s Hot Honey for dipping-mercifully, it’s not that hot, chili-wise. 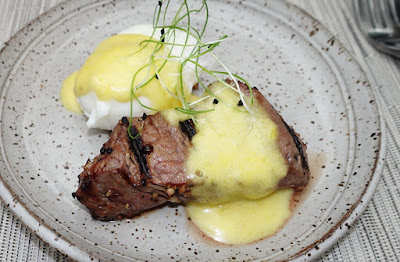 Pinot is my low tannin “go-to” wine for fish, beef or other savories, and this Sonoma Pinot’s berry notes did not disappoint! The medium rare filet mignon and nicely poached eggs are a welcome brunch riff on the traditional eggs Benedict’s Hollandaise sauce and bacon.

Next was  Barbacoa Omelette filled with avocado, and topped with smoked gouda cheese. 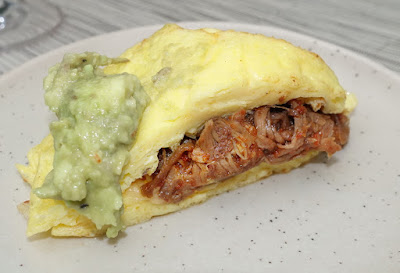 It held its own with the delicious Joseph Phelps Vineyards 2015 Cabernet Sauvignon’s full body and measured tannins.  Of the five courses, this is the only one I would have tweaked- with a dash of hot sauce. Your mileage may vary. At this point, I was quite happy with the wines and the brunch pairings. The Chef (perhaps  Executive Chef Christopher Renninghoff?) had wisely portioned out the size of the courses and wines to allow the diners to enjoy their meal, without feeling “too full, too soon.”

The Grand Finale did not disappoint-this legendary wine was juicy “carrot” that enticed me to come to The Bevy’s brunch. 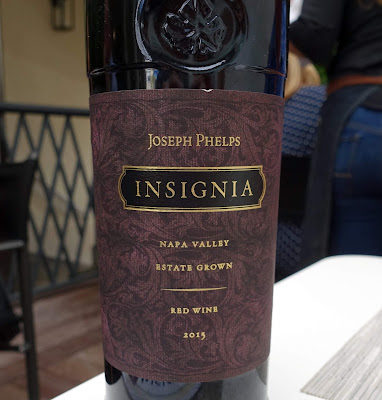 Joseph Phelps Vineyards 2015 Insignia is one of the best wines I’ve ever had the good fortune to taste. Savor is the better word.  We sipped and treasured each mouthful. Then we sipped with the Country Fried Ribeye topped with a fried egg, accompanied by a flavorful chorizo sausage gravy and potato hash. 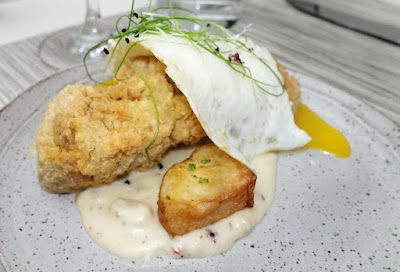 Insignia is a wine that those who “don’t know one wine from another” could recognize as a luscious treat. On the Robert Parker Wine Advocate scale of 100, this has already rated 98 points. In a few years, that rating may ascend to a perfect 100. 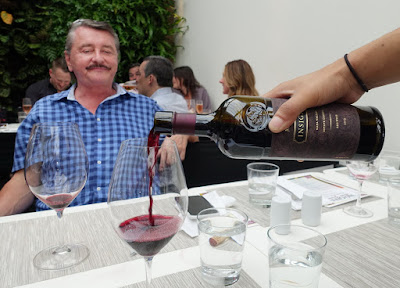 To sum up, it’s uncommon in Naples to find wine pairing dinners at the $75 price point for many reasons. For those not familiar with Naples’ finer restaurant pricing in Season; $75 may buy an app, main, and dessert with one glass of wine.

It’s a treat to have a wine pairing brunch instead at this price point. It left me and my dining companions with an unforgettable, magical afternoon of five nicely matched courses, topped with one of the world’s best red wines.  Highly Recommended.

Check out The Bevy's creative mixed drinks, and their lunch and dinner fare. My faves are snapper amandine, and the pork tomahawk. Ask for the Show Me the Monkey cocktail! 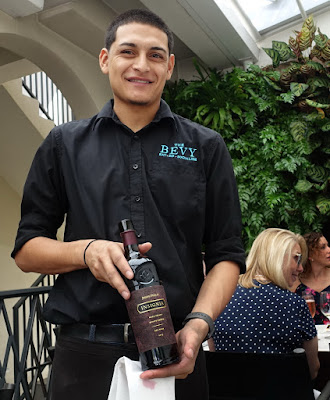